I was. HELL YEA I was. This was my only shot. I was never going beat a Redskin at anything. You better believe I was crushing ’em in Yoga.

The Ashburn studio was just a mile or so from Redskins park. I was never going to beat a strong, fast, rich, handsome, black man at anything. They used to come after their workouts at the park. I loved setting up next to them. Highlight of my day, maybe my life. They probably wanted to punch me in the face.

People that say competition isn’t a part of yoga are correct. Yoga is a therapy, a spiritual practice, a deeply individual experience. It is about using the mind to transcend limitations and achieve liberation.  Patanjali writes in the yoga sutras: yogas chitta vritti nirodhah Yoga is the stilling of the mind. The goal is union not to beat someone.

That is only part of the truth however. It doesn’t reflect the historical context that supported the practice. In the pre British era in India yogi’s wandered from town to town practicing magic and putting on shows. In the 1500’s, in Sidh Gosht, Guru Nanak talks of meeting flying yogi’s with magical powers and their obsessions with performance. They were feared and revered for their wicked abilities. In the 1893 worlds fair, a yogi dazzled the crowd with physical prowess. Throughout the 20’s and 30’s yogis from around India performed in the circus where the practice was cultivated. Instagram has propelled yoga demonstration on line to extreme levels. It is rare to meet a yogi who isn’t following instagram unless its reactionary. Group classes are so powerful in part because of the extra efforts we put in when surrounded by our peers and inspired by other’s.

“When you are inspired by some great purpose, some extraordinary project, all your thoughts break their bonds: Your mind transcends limitations, your consciousness expands in every direction, and you find yourself in a new, great and wonderful world. Dormant forces, faculties and talents become alive, and you discover yourself to be a greater person by far than you ever dreamed yourself to be.”

However, the pitfalls of this obsession are tremendous. I can tell you a half dozen friends who have had hip replacements from too much standing bow. I can tell you another half dozen suffering from eating disorders. I can name a number of wrist surgeries in friends doing too much hand stand. Not to mention friendships broken and other pettiness.

Yogi Bhajan once said we either learn through our meditation or we learn through time and space. I take it to mean one way or another we all get there.

Until then, if I see a Redskin on the path, I’m competing… just don’t tell my wife. 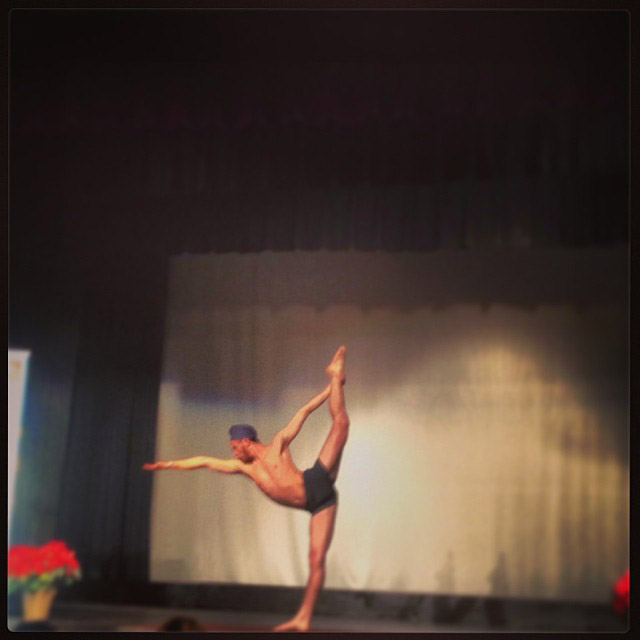