It’s hard to know what to say when your mother bails you out of jail. So I just said nothing.

A thick, white fog began descending on Amritsar in the early mornings in the late 1990’s . Some thought it was due to pollution, a by-product of a growing society out of control. They said the smog couldn’t leave the atmosphere fast enough and it was causing the clouds to linger longer. It’s so dense that your vision is limited to 10 feet. For months airplanes wouldn’t be able to take off or land as far off as Delhi from dusk until after dawn.

It was on one of those mornings that I landed in jail, kicked out of school. It was a bleak day at a rough time for me. For a period when I saw a big window, all I could imagine was the way in which it would shatter. It was an addiction.

As we exited for formation I took a bottle of Spike seasoning and nonchalantly threw it through the principal’s window. Sometimes the obvious can be the most obscure. I figured no one would know who threw it but everyone would get a show. The way it broke was beautiful. The sound it made still rings in my ear. It was a glorious morning. I got away with it for a while.

The staff felt they were under attack. They were. It was the lord of the flies. The objective was to break down order. They did the best they could. We wanted to be kings. Eventually someone snitched. Traditional methods of discipline didn’t work so they just handed me to the Punjab Police. They were fed up.

Jail in Punjab was a blanket on the floor with a hole in the ground. The quilt had stains from sweat, likely from drunks incarcerated to sober up. There were rings of new colors that could be seen in the material from human excrement hastily cleaned up or likely just left to dry. It was gross.

The coverage for relief was a 2 foot high brick wall. Enough so that when you squat the guards could see you but not entirely. There were 6 guys in that 10 x 10 cell with me that day. We all tried to sit on the same blanket without ending up like my rickshaw driving neighbors. For a while I stood, but eventually I got tired and just got on the blanket with everyone else.

My 14th birthday was a few months away. I remember the look on my mothers face when she paid off the jailers. She happened to be visiting. I wished she hadn’t. I would have stayed in jail as long as it took to avoid 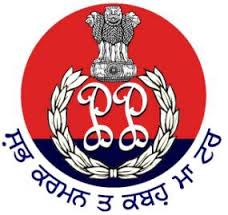 her that year. It’s a look you never forget. It’s so cutting. It hurts me to this day that I put her through the ordeal.

Life is a series of negotiations with competing interests. The one that would unfold over the next few days was one such pivotal moment in my life. She decided to take me back to the United States. I was trouble in the USA but nothing seemed to be worse than this. My father agreed. He called the S captain to let him know. The school administrators had started the process to expel me. They were relieved my mom was there. They could just hand me over. That seemed like a death sentence at the time.

I began packing my bags. I didn’t want to go. India to me was freedom.

I could fight, drink, smoke, steal, ride on top of buses, jump off buildings, chase girls, and go to bed when I wanted. It was never never land and I was a lost boy.

For the first time, I felt alive.

The food was fantastic. Amritsari kulcha, sarson ki saag with muki ki roti, bhaartha, cold keer with pistachios, chaa, cold coffee shakes, the list goes on and on. And the temples. Even as a knuckle head I loved the serenity and peace of Hari Mandir Sahib. Everything was custom. I loved that. I could get custom made clothes. I could sit with the tailor and design things to my specifications. I could dress how I wanted. I could bring ingredients to the restaurant and have them add in whatever I had with me. If I wanted paneer in a parantha, everyone was so chill I could just bring it and they would make it up.

I could walk places. I hated suburbia where I would have to rely on adults to go anywhere, to get permission to do anything. In Amritsar I could just hop a taxi or a rickshaw and be anywhere.

Sure, I would get beat up, put in jail, smashed in the face, never get a girl, and nearly die, still it was no contest. I couldn’t stand the USA between feeling like a foreigner and all the rules.

An interesting path of alliances came into play. This was the same for many parents of students from boarding school. I wanted to stay and promised to clean up my act. The S captain wanted me to stay. My mother was dead set on going. My father was dead set on me going. God forbid the rest of our family found out what was happening. The school was dead set on me going. S captain told my father if you take him now he will go home and carry a gun and join a gang. That was more or less the plan given my new skill set.

Eventually everyone relented and I stayed at school. I don’t know if I upheld my end of the bargain but I began to meditate. I didn’t want to see that look on my mother’s face again. I didn’t want the S captain to be wrong about me. I didn’t want to hurt these poor staff members any more. I had taken it too far. The idea entered into my mind that I wanted to build something. I had broken enough things. It was time to do something worthwhile. I watched the glass guy reinstall the window I broke. I wanted to be like him. He could actually do something.