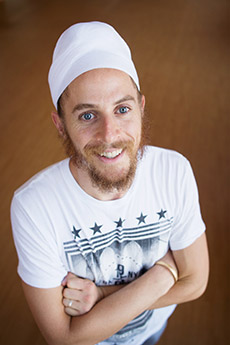 When I was 12 my parents sent me to India to learn meditation, yoga and Sikh religious practices. They were devotees of the Indian master, Yogi Bhajan. I was raised Sikh but with my light skin, curly hair and sloppy turban, I was always a little out of place in America. And in India I was even more unusual. But more defining than anything, I was poor with angst for something more. So as the unusual student that I was at boarding school, I began buying and selling biscuits, cookies, juices, ice cream and more. I built my operation from a shop out of a trunk into a thriving business, employing my peers and living large India style. Only later would I realize I am the only white man to go to India to open a 7-11.

More recently I opened a hotel in Mexico. I purchased a property and built it into a thriving retreat center. We host groups from all over the world. Reservations for our retreats get booked over a year in advance. Only when one of my contractors asked if I was a wetback did I realize I was “one of those people”. He said that if Trump were elected I was definitely the first to go for being a Mexican and looking like a Muslim.

I am a Co Founder of the Pure Om Hot Yoga Studios, Casa Om and the One Fire Hot Yoga Festival as well as the inspirational Sat Nam Fest.
Find me on facebook and instagram